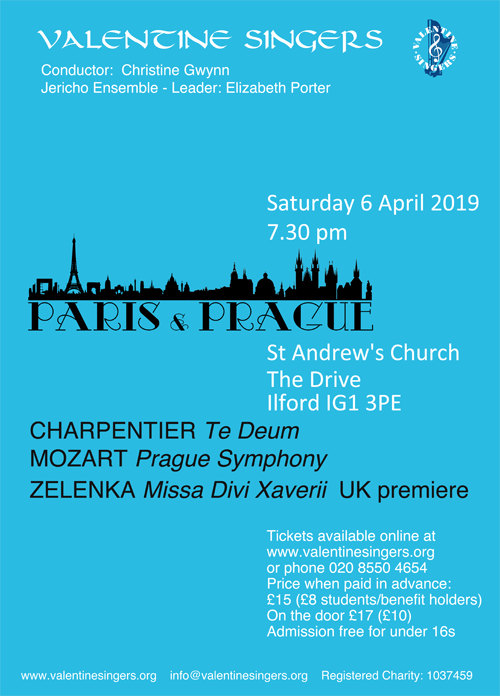 Concert by Valentine Singers with the Jericho Ensemble 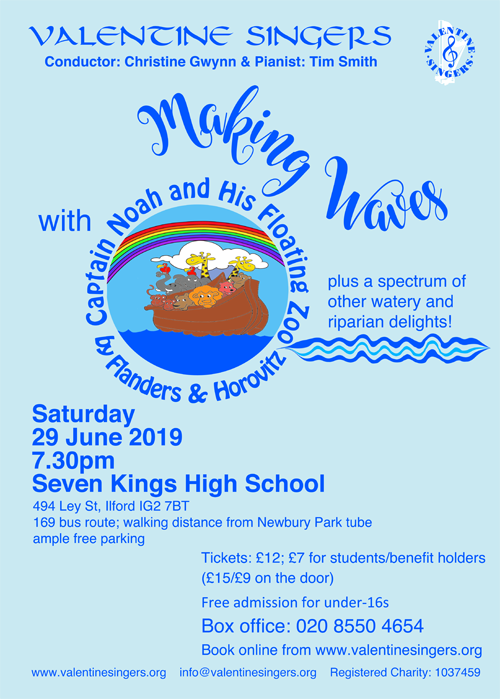 Plus a spectrum of other watery and riparian delights! 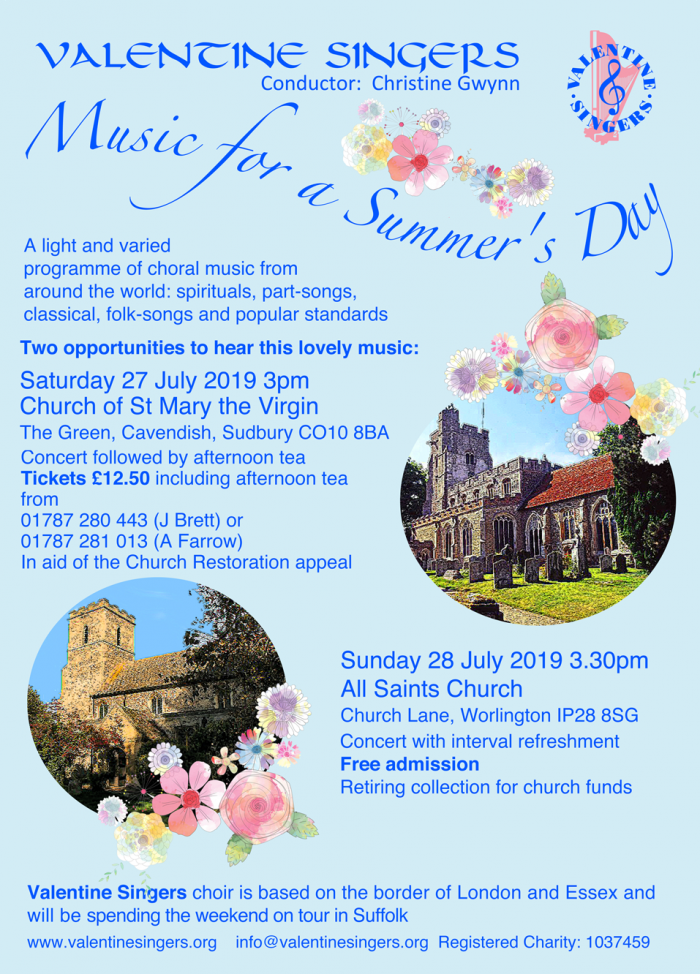 Music for a Summer’s Day

A light and varied programme of choral music from around the world: spirituals, part-songs, classical, folk-songs and popular standards 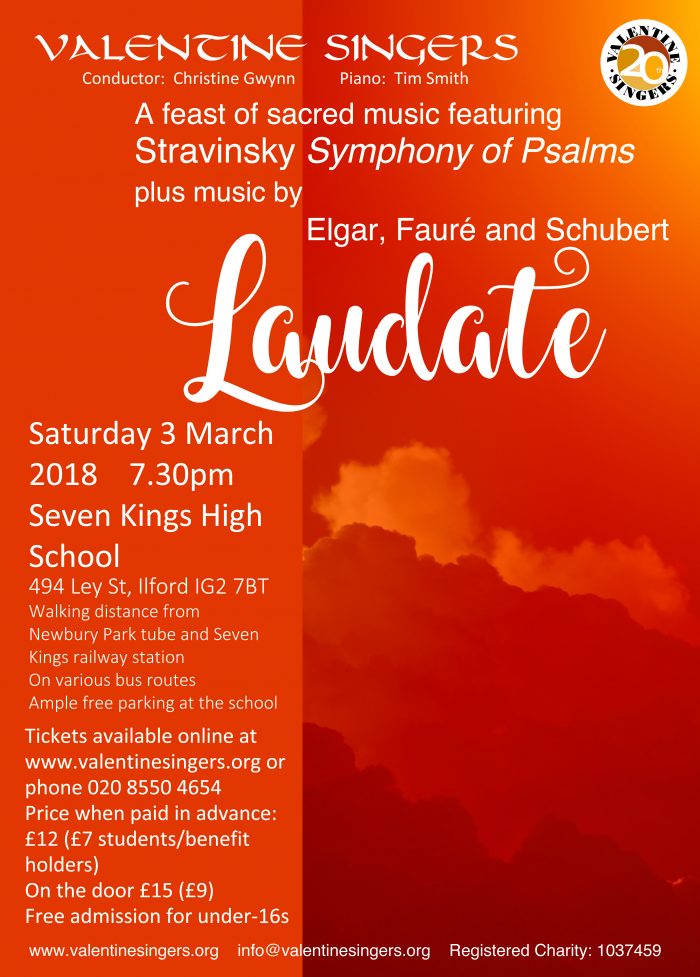 May ~ Concert tour to Madrid 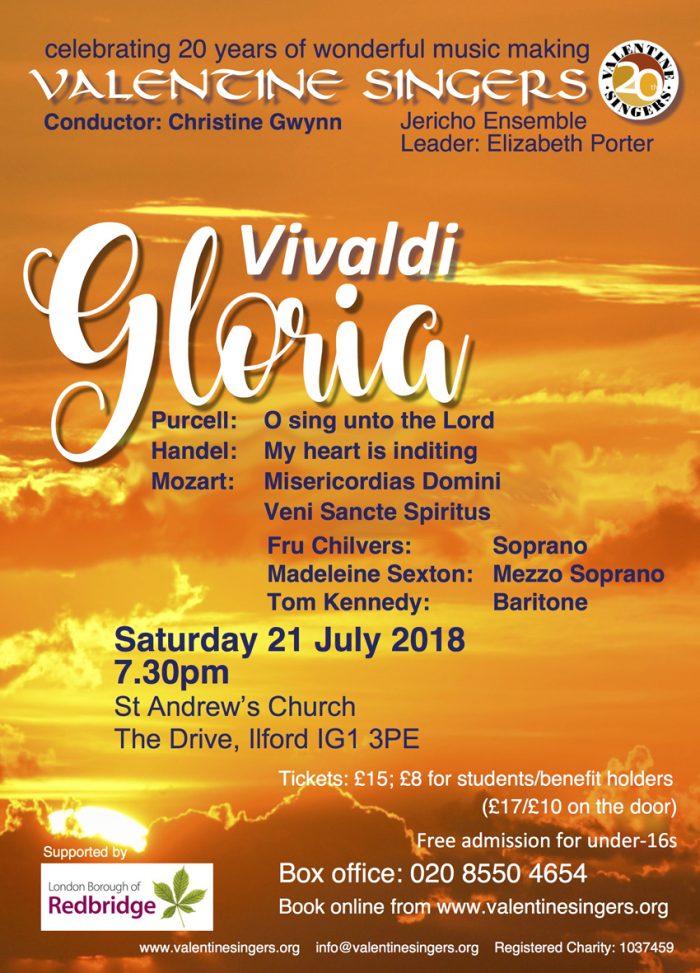 21 July ~ Anniversary concert no. 2:
Gloria
including Vivaldi Gloria, Handel My Heart is Inditing, Purcell Sing unto the Lord with Jericho Ensemble 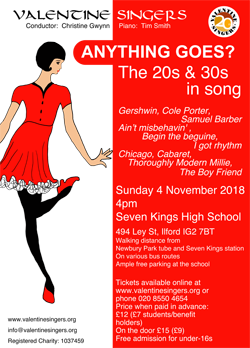 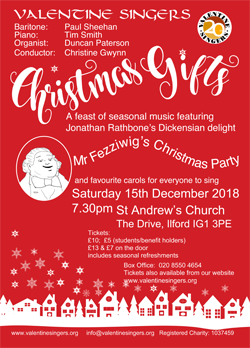 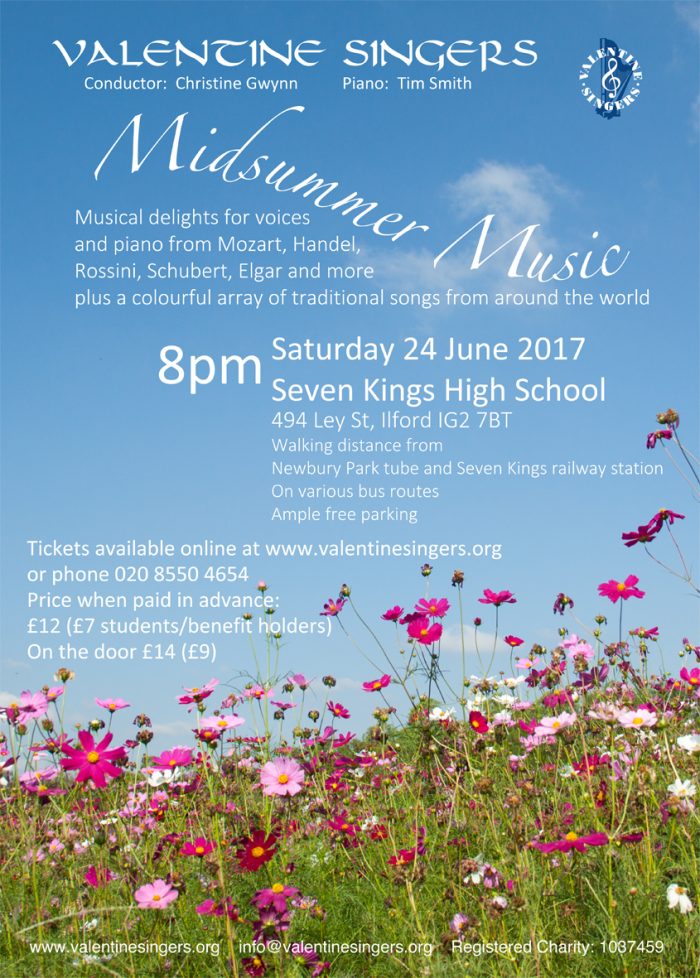 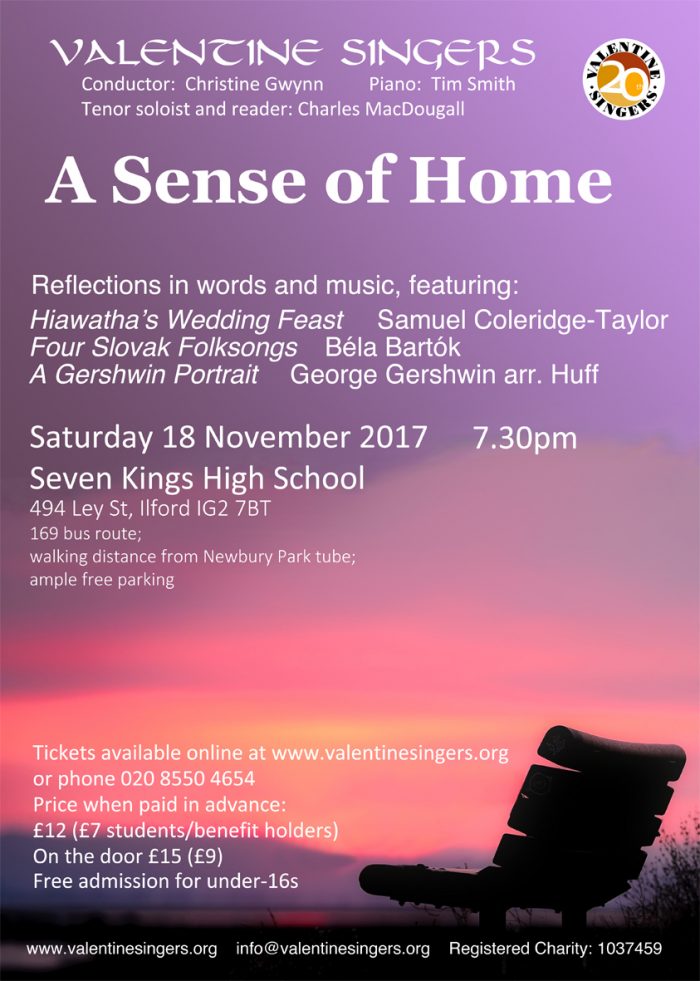 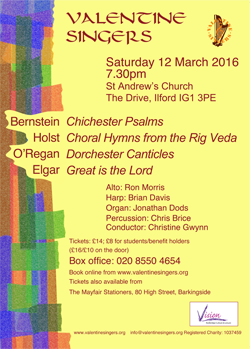 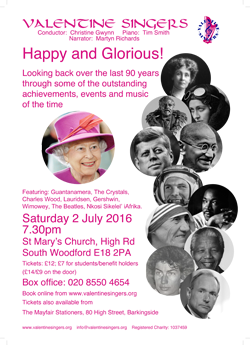 2nd July ~ Happy and Glorious: words and music from the 90 years of the Queen’s life, including Kern Showboat medley 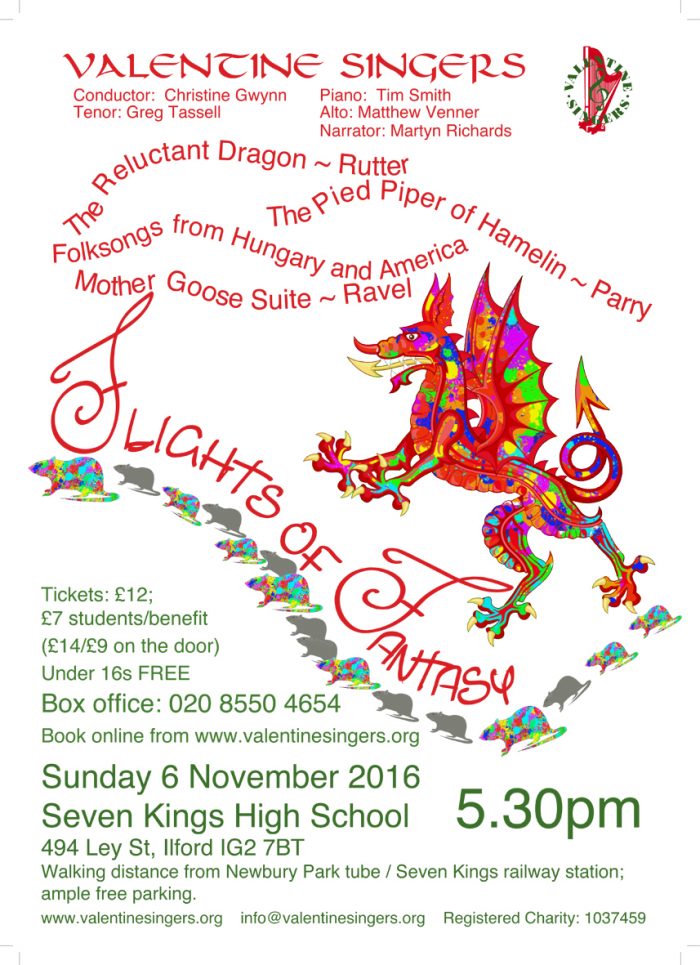 27 June ~ 1215 and all that: Vaughan Williams In Windsor Forest, Gilbert and Sullivan Trial by Jury 5 April ~ Music for a Spring afternoon: concert in association with The Cinema Organ Society:

May ~ Concert tour to Honfleur 16 November ~ If Music be the Food of Love including Vaughan Williams Toward the Unknown Region, Chilcott Singing By Numbers 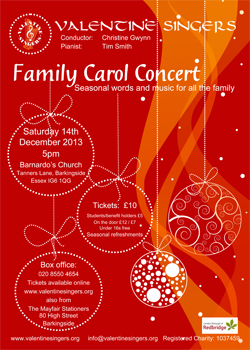 9 May~ Mahler 2 project at the Royal Festival Hall, Southbank Centre

12 December ~ Bethlehem Down: music for the Christmas season with Spectrum Singers

May ~ Concert tour to Krakow

4 November ~ As Time Goes By including Richard Taylor genesis.

19 June ~ All Abroad: music from Europe, the USA and Africa with Spectrum Singers

13 November ~ Dvorak Mass in D and Schubert Mass in F

July ~ Summer by the Seaside: weekend concert tour to Sussex and Hampshire

4 October ~ Hospices in Harmony: workshop and performance of music for voices and piano duet, including excerpts from Brahms Requiem.

1 November ~ Autumn Serenade; music for recreation, including Schubert Four partsongs, Goodall The Lord is My Shepherd

29 June ~ 75 Years of Music & 75 years of St George’s Gants Hill: music from Vaughan Williams to Gershwin and the Beatles

21 July ~ All at Sea including excerpts from Gilbert & Sullivan HMS Pinafore, Bizet The Pearl Fishers and Loesser Guys and Dolls

28 March ~ Songs from the Stage including choruses from Bizet Carmen, Kern Show Boat, Bock Fiddler on the Roof and Bernstein Westside Story

12 December ~ A Feast of Christmas Music including Rutter Brother Heinrich